I think it just wonderful to be able to welcome two subscribers on the same day and on the day we go for a walk through the beautiful Kew Gardens. And what is even more beautiful is that the two new subscribers are on opposite sides of the world. So a special welcome to I of Essex (UK) and P of Australia.

On Monday I had the most wonderful day at Kew Gardens which are in a word- SPECTACULAR!

Privately owned gardens were tended at Kew from as early as the 16th century. The site was acquired from the Capel family in 1731 by Frederick Louis, Prince of Wales, and by Augusta, Dowager Princess of Wales, who established a garden for exotic plants in 1759. By 1769 it contained more than 3,400 plant species. The gardens became famous under the management (1772–1819) of Sir Joseph Banks, and the collections grew to include specimens from all over the world. Under the direction (1841–65) of Sir William Jackson Hooker and his son Joseph Dalton Hooker (1865–85), Kew Gardens became a centre for scientific research and the international exchange of plant specimens. In 1840 the gardens were conveyed to the nation, and by the early 20th century the grounds were expanded to the present size of 300 acres (120 hectares). Kew originated the plantation industry of rubber and still plays an important role in plant introduction and as a quarantine station. (britannica.com)

We spent considerable time in the Temperate House which is a most beautiful building with a glass domed roof. The Shepherdess and Shepherd statues are just delightful.

But Kew is of course about plants- lots and lots of them- many endangered and being preserved by the skilled staff of about 800.

There is so much to see at Kew that I have chosen a few special features. I will start with the Eastern Cape Giant Cycad (Encephalartos Altensteinii) which is the oldest pot plant in the world.

The Eastern Cape Giant Cycad weighs more than a tonne and measuring over four metres in height, this cycad is the oldest pot plant in the world. The amazing specimen first arrived here in 1775 after Kew’s first plant hunter, botanist Francis Masson, brought it back to the Gardens. He collected the plant in the Eastern Cape province of South Africa (when on one of Captain Cook's voyages), the species’ country of origin.Put on board a wooden sailing ship, the palm-like plant’s long journey from South Africa to London would have taken several months.During the travels the cycad was strapped to the deck to give it access to rainwater and sunlight, before being transported by barge along the Thames to Kew. (Wikipedia)

This is an illustration of the cone of the plant drawn in 1891.

Did you know that Kew Gardens is home to the smallest royal palace in Britain? After a decade-long restoration project, the Grade I listed Kew Palace was reopened in 2006. The smallest of British royal residences, it was a popular getaway of George III (1760 – 1820). The same size as a small manor house, the palace was gifted to the people by Queen Victoria in 1837. (Credit: blog.londonpass.com)

The Kew Gardens also has the world’s largest water-lily, Nymphaea thermarum. After being discovered in 1987 in Mashyuza in Rwanda the water-lily was saved from extinction after it was grown from seed at Kew Gardens, in 2009. But in 2014, one of these rare water lilies was stolen from the Princess of Wales Conservatory. (blog.londonpass.com)

One of the most wonderful features at Kew is the Rock Garden: a dramatic valley carved through the landscape with wild-collected plants from six mountainous regions of the world.

Originally constructed in 1882, the Rock Garden is over an acre in size making it one of the oldest and largest in the world. It has undergone major changes and developments in its lifetime, most recently the eye-catching waterfalls unveiled in 1994 and the Alpine House landscape in 2007. The Rock Garden is a vital resource for our research. Over 70% of plants displayed here are grown from wild-collected seed, meaning it is our largest outdoor area dedicated to horticulture collected by our scientists. (kew.org) The only negative about Kew Gardens is that every 5 minutes a plane flies over on route to land at Heathrow. 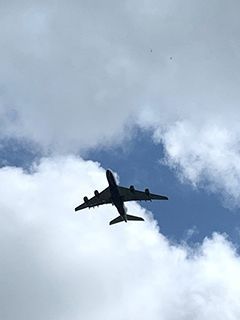 And the plants certainly don't seem to mind.

The artist in me is always on the lookout for an image to turn into a painting. And I wasn't disappointed.

Kew Gardens is also home to the Shirley Sherwood Gallery of Botanical Art and the Marianne North Gallery the latter of which houses a collection of more than 800 paintings of 19th century botanical art.

Marianne North travelled the world solo to record the tropical and exotic plants that captivated her. She challenged the tradition of Victorian flower painting and chose to paint plants in their natural settings instead. Her work became a powerful record of the dramatic landscapes she visited and the plants that inhabit them - years ahead of the invention of colour photography. (kew.org)

Tomorow I will be showcasing the amazing glass staues of Dale Chihuly some outside in the garden others exhibited in the Shirley Sherwood Gallery.

However, in the meantime enjoy this video as an introduction to the works of Marianne North.

Whilst the gardens are splendid in their summer garments, the real thrill for me was experiencing first hand the exhibition by Dale Chihuly who is a phenomenal American Glass Artist. Tomorrow I will bring you surely the feature showcase of my holiday when I will show you the brilliance, the splendor, the breathtaking beauty of the Dale Chihuly Glass Creations.

And for those of you who love gardens you might like to follow this link to visit (virtually) Some of the Best Botanical Gardens in the World.

Reflecting on the beauty of Kew Gardens, London.