I've been reading up on early sculptors and was delighted to find that the first recognised American colonial born sculptor was Patience Lovell Wright who came from New Jersey where one of the newest subscribers to the blog lives. Researching the story of Patience Wright was fascinating as she was not only a very talented artist, she was a remarkable woman in many ways. She was an astute business woman and possibly a spy!! 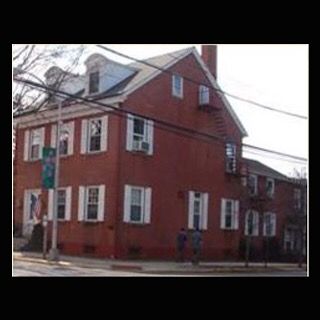 At 16 Patience left home and went to live in Philadelphia where she married Joseph Wright in 1748 when she was 23 years old. From all acounts she started making sculptured figures quite early to amuse herself and her children. She used putty, bread dough and wax.

When Patience was pregnant with their fourth child in 1769, Joseph died. Needing a way to support her family she set up in busines with her sister Rachel Wells who was also a young widow.

The sisters set up a business molding portraits in tinted wax, a popular art form in colonial America, and charged admission to see them. By 1770 they had become successful enough to open a waxworks house in New York City and mount tours of their work to Philadelphia and Charleston. (Wikipedia) This must have been one of the very first Wax Museums, having started their business more than 50 years years before the Madam Tassauds Wax Museum was established in London.

Wright's portraits were life-sized figures or busts with real clothing and glass eyes. They were modeled from life and were considered to be very lifelike. They were often placed in tableaux, illustrating the activities the portrayed individual might have undertaken in life. (Wikipedia) Very few of the works of Patience Wright have survived but I have found some to show you which you will see below.

In 1771 many of Patience's works were lost in a fire so she relocated to London (UK) and because she was not only an astute business woman and talentd artist she knew about networking. Patience knew Jane Mecom who was Benjamin Franklin's sister. Through this contact, Patience got herself admitted into London society and settled down to live in the West End. Here she set up a popular waxworks show of historical tableaux and celebrity wax figures. She was honored with an invitation to model King George III, and would go on to sculpt other members of British royalty and nobility. Although Wright is recorded as creating at least fifty-five works, only her full-length figure of Lord Chatham (William Pitt) is extant. (Wikipedia) 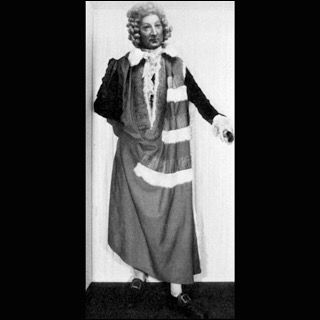 Patience Wright became known in London society for her rustic American manners, which were a source of both fascination and scandal. She wore wooden shoes, kissed members of both sexes and all classes in greeting, and in general did not follow the contemporary rules of comportment for someone of her class or gender. One rumor held that she had even called the king and queen by their first names, in an outrageous breach of conduct. Her reputation for unruliness led to the nickname "The Promethean Modeler", and she gained a level of celebrity in 18th-century London. Wright famously offended Abigail Adams with her overfamiliarity and lack of modesty about her skills. Adams wrote a disparaging letter home describing their encounter, describing her as "the queen of sluts." (Wikipedia) Abigail Adams was the wife of the second president of The United States of America, John Adams. 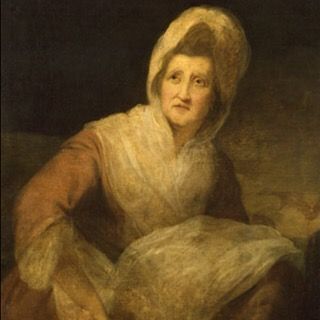 Wright's technique for sculpting wax contributed to this public conception of her character. She used body heat to keep the wax at a temperature where she could shape it, molding it under her apron in a suggestive manner, which scandalized viewers and was even parodied in newspaper cartoons. The medium itself was a form of "low art" and considered unrefined when compared to sculpture in bronze or stone. (Wikipedia) Here is a satirical cartoon of Patience Wright. 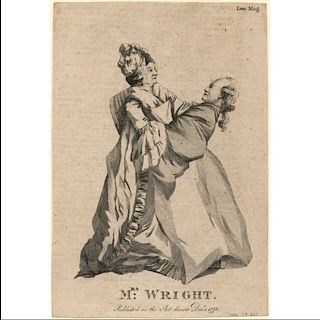 It is claimed by some that Patience Wright worked as a spy during the American Revolution, sending information back to the colonies inside her wax figures. (Wikipedia) However this claim has never been proven. What is known is that Patience corresponded with Benjamin Franklin during the war, sending letters reporting on the health of his illegitimate son, William.(Wikipedia) She also advocated on behalf of American prisoners of war who were being held captive in Britain and she wrote letters to John Dickinson describing the British Army's preparations in England. 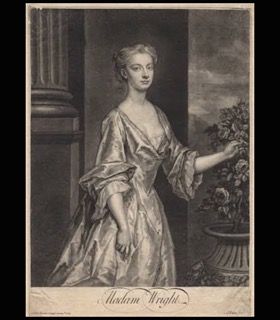 Patience Wright was an outspoken patriot, and started a fund to support American prisoners of war held in Britain. It is also known that a group of pro-American activists, including Lord George Gordon, Benjamin West, and Anthony Pasquin, would meet at her London workshop to discuss their cause. (Wikipedia) Eventually, and not surprisingly, Patience fell out of favour with the royals of the time. Not to be daunted by this, she fled to Paris in 1780 where she modeled a portrait of Benjamin Franklin.

Wright returned to England in 1782 and settled with her daughter Phoebe and her son-in-law, painter John Hoppner at their home on Charles Street at St. James's Square.By 1785 she had decided to return to New Jersey. However, as she was making preparations to travel, she suffered a bad fall and broke her leg. Patience Wright died a week later, on March 23, 1786. Her sister Rachel attempted to get financial assistance for her burial expenses, both from prominent American citizens and then from the Continental Congress, but was not successful. Wright was buried in London but her burial place is unknown. (Wikipedia)

Although Wright had obtained George Washington's agreement to sit for a portrait, she apparently died before she could sculpt him. I have found a letter from George Washington to Patience which confirms she was in contact with Washington. 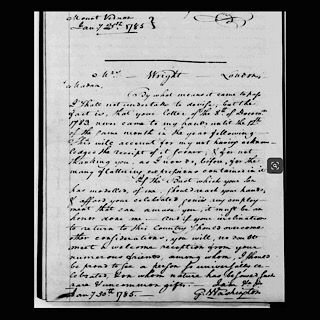 And I did find this wax profile of George Washington which it is claimed was made by Paience Wright in about 1874-76 but I can't confirm this. 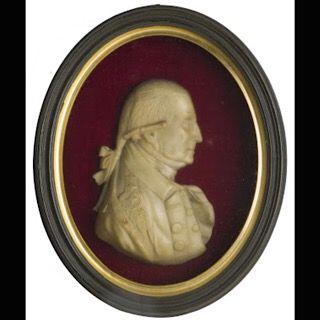 Also this bas-relief profile of Admiral Richard Howe in the collection of the Newark Museum is attributed to Patience Wright. 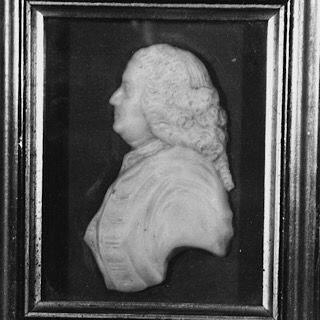 Patience Wright's son Joseph Wright (1756–1793) was a well-known portrait painter who designed the Liberty Cap Cent (American coin). In 1775, Joseph, Jr. joined his mother in England and became the first American-born student to matriculate in the Royal Academy of Arts in London, where he studied for 6 years. He won a silver medal for "the best model of an Academy figure" in December 1778. In 1780, he caused a scandal at the Royal Academy by exhibiting a portrait of his mother sculpting a wax head of King Charles II, while busts of King George III and Queen Charlotte looked on. (Wikipedia)

Her daughter Phoebe Wright married British painter John Hoppner; their son, Henry Parkyns Hoppner, went on to become a Royal Navy officer and Arctic explorer using his artistic talent to record his journeys. His illustrations were published with the expedition narratives of John Ross and Parry. I will continue to bring you blogs about the children and grandchildren of Patience Wright as her formidable talent was passed down through the generations creating a dynasty of artists.

Patience Wright died in London in 1786. Amongst all the stories surrounding her life one thing is obvious: she lived life to the full and took every opportunity to develop and publicise her artistic talent.

Jacopo Robusti 1518-1594 , became known as Tintoretto. Lived in the 16th century renaissance period. He was a rival to Titian. Tintoretto’s paintings likened to a box theatre set. Adoration of the Golden Calf (1546), one of his signature works situated in the Madonna dell’Orta