Today the blog comes from Thailand as I am touring this remarkable country.

The Thai people have a deep devotion of King Rama IX, known as King Bhumibol, who reigned for over 70 years, (until his death in October, 2016) the world’s longest serving monarch, a benevolent ruler known for his faith, compassion and love of his people. Below - King Bhumibol with his beloved Queen Sirikit. 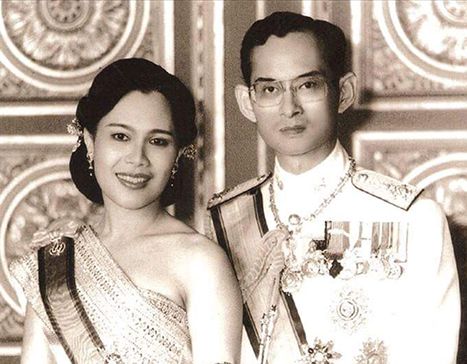 Below is King Bhumibol with Queen Elizabeth II another long reigning monarch. 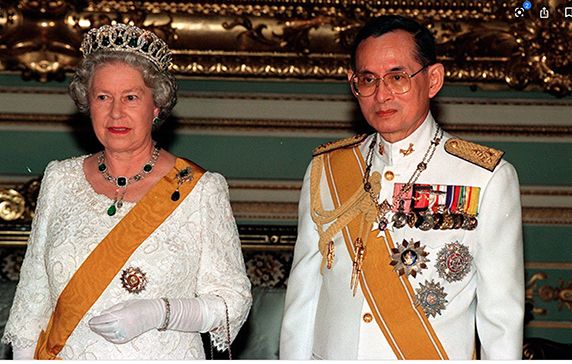 The current King (titled King Rama X), shown below with his wife, may find it hard to surpass his Father's achievements. 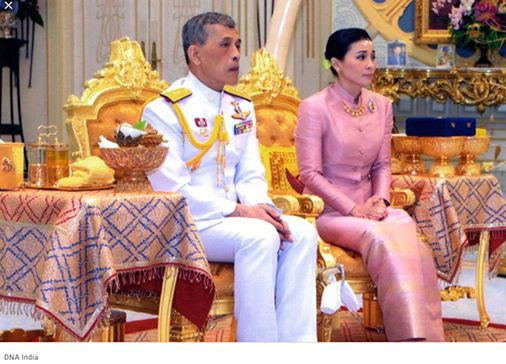 King Bhumibol, schooled in Switzerland, undertook many programs to alleviate poverty and malnutrition in his own country. With Queen Sirikit by his side, he knew education was key and helped fund schools, implemented classes by radio to counter a lack of good teachers and to include children in remote areas. In the late 1960s he experimented with cloud seeding to encourage rain in drought stricken areas. He also trialled rice varieties and fish breeding in the palace ponds to determine those most suited to the Thai climate - then dispatched seedlings and fingerlings across the country. Truly a King of the people. King Bhumibol was no doubt a man of many talents - playing the trumpet in a jazz band before ascending the throne but never losing his love of jazz. He was also an accomplished artist. 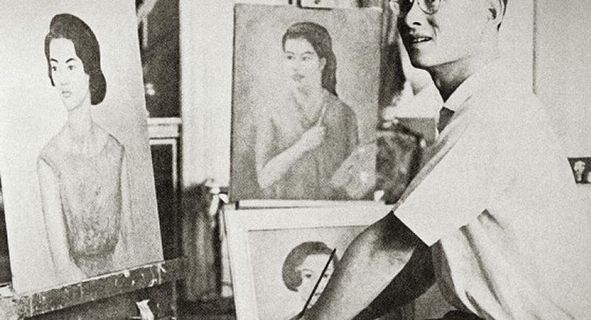 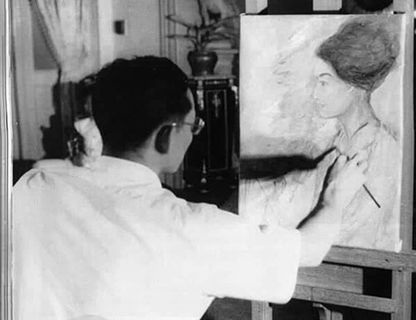 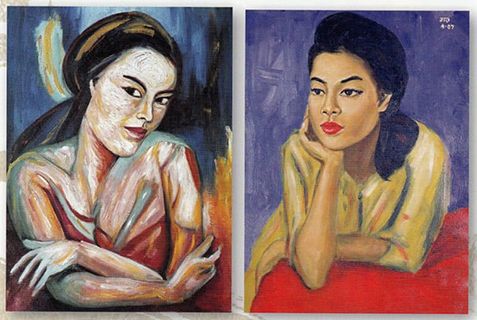 If you would like to read a brief article which provides a short history of his life and some details and images on his art works.....Click Here.