Vivian Leopold James was born on Oct. 7, 1939, in Kogarah, a suburb of Sydney, Australia. The elder Mr. James’s only son was named in honor of Vivian McGrath, an Australian tennis champion, but the name became untenable when “Gone With the Wind” made Vivien Leigh an international star shortly afterward. Allowed to choose a replacement, Vivian settled on Clive. (nytimes.com)

Clive James- one of Australia's most talented writers, a leading poet, an acerbic literary critic and comedian died on 24 November 2019 at home in Cambridge, England. 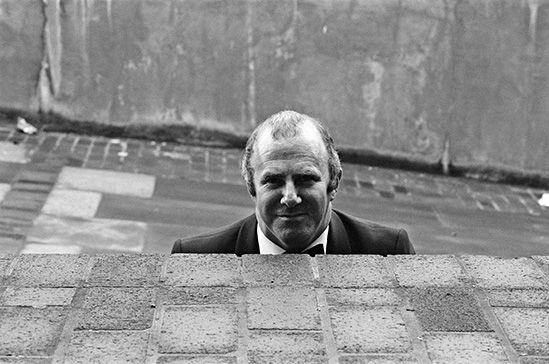 The critic Clive James at the studios of London Weekend Television in 1981. He was known for his pithy, muscular prose style.Credit...Mike Maloney/Mirrorpix, via Getty Images (nytimes.com)

In 1991 Clive asked his friend and equally remarkable Australian, Jeffrey Smart (1921-2013) to paint his portrait which at first he refused to do. When he finally did decide to embark upon the work, it would involve many studies and versions. Smart began by using a stand-in model to place James in a nondescript urban setting with the figure standing in front of a blank wall painted with large yellow lettering. 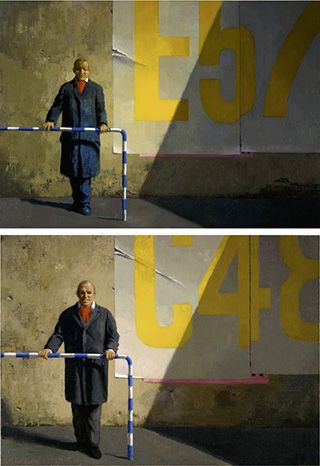 Next Smart had James come to his Tuscan studio where Smart made detailed head studies to establish facial features. James later recalled to journalist Janet Hawley, ‘Yes, it was a truly wonderful experience, posing to be immortalised by Smart. He’d make remarks like, “Hold still, I’m trying to get those hairs between your eyebrows – they echo your deformed teeth!”’ (artgallery.nsw.gov.au) 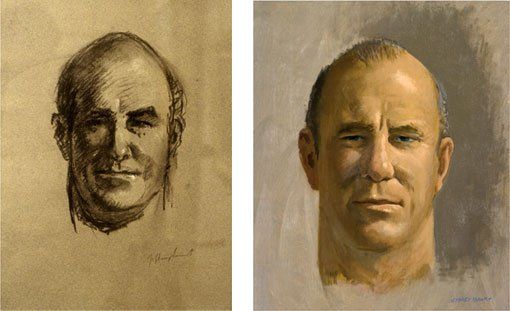 And finally Jeffrey Smart came up with what I consider to be one of my most favourite portraits. 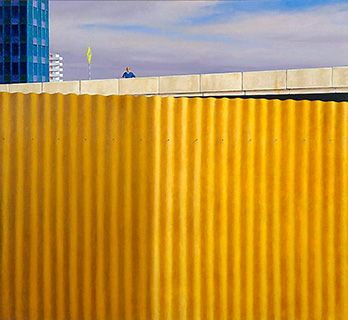 I can think of no better way to acknowledge this exceptional individual than to share Clive James reading his own farewell poem which has been illustrated by Lucy Fahey, an Australian designer, illustrator and animator. A warning however, as true to his nature, Clive James has been beautifully but brutally honest in the expression of his thoughts.

Bringing a video by photographer Aaron Chang from Carmel-by-the-Sea. Also a link to paintings made from food including Jason Mecier and