Manet is the perfect artist to be our gateway into the weekend as he had a life long interest in leisure! 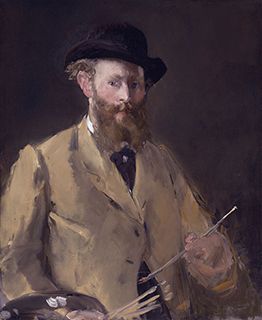 Édouard Manet was born in Paris in 1832 to an affluent and well-connected family. His mother, Eugénie-Desirée Fournier, was the daughter of a diplomat and goddaughter of the Swedish crown prince Charles Bernadotte, from whom the Swedish monarchs are descended. His father, Auguste Manet, was a French judge who expected Édouard to pursue a career in law. His uncle, Edmond Fournier, encouraged him to pursue painting and took young Manet to the Louvre. In 1841 he enrolled at secondary school, the Collège Rollin. In 1845, at the advice of his uncle, Manet enrolled in a special course of drawing where he met Antonin Proust, future Minister of Fine Arts and subsequent lifelong friend. At his father's suggestion, in 1848 he sailed on a training vessel to Rio de Janeiro. After he twice failed the examination to join the Navy, his father relented to his wishes to pursue an art education. From 1850 to 1856, Manet studied under the academic painter Thomas Couture. In his spare time, Manet copied the Old Masters in the Louvre. From 1853 to 1856, Manet visited Germany, Italy, and the Netherlands, during which time he was influenced by the Dutch painter Frans Hals, and the Spanish artists Diego Velázquez and Francisco José de Goya. Manet died in 1883. 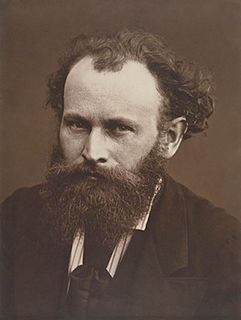 Music in the Tuileries was painted in 1862.

Music in the Tuileries is an early example of Manet's painterly style. Inspired by Hals and Velázquez, it is a harbinger of his lifelong interest in the subject of leisure. While the picture was regarded as unfinished by some, the suggested atmosphere imparts a sense of what the Tuileries gardens were like at the time; one may imagine the music and conversation. Here, Manet has depicted his friends, artists, authors, and musicians who take part, and he has included a self-portrait among the subjects.(en.wikipedia.org)

Luncheon on the Grass was painted in 1863.

The Luncheon on the Grass (Le déjeuner sur l'herbe) painting caused great controversy and served as rallying points for the young painters who would create Impressionism. Today, Manet's early paintings are considered watershed paintings that mark the start of modern art. The last 20 years of Manet's life saw him form bonds with other great artists of the time, and develop his own style that would be heralded as innovative and serve as a major influence for future painters.(en.wikipedia.org)

Apologies for not mentioning that the Search Tool for my Website does not work if you are using your mobile phone. You can only use the search function on a tablet or computer.

Also- the search function will find information containing the exact words you type in plus similar words.