While in Thailand in 2019, we visited the Golden Triange. We drove through lush jungle, mist-shrouded mountains, hill-tribe villages and tranquil views of rice paddies - the gateway to the Golden Triangle, where Thailand borders Laos and Burma. 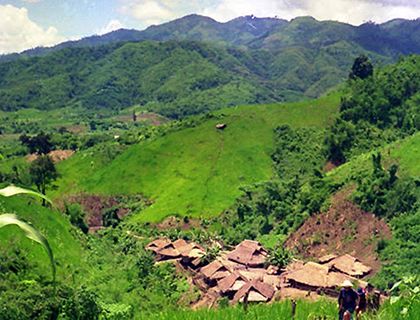 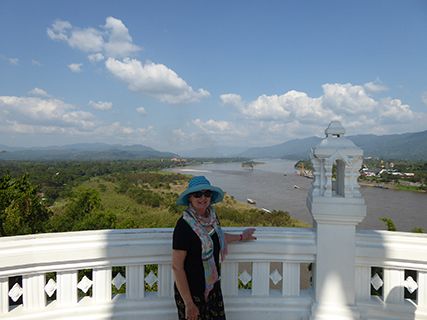 Thailand on the left with Burma behind. Laos across the Mekong River.

High rise buildings on the Laos side - we learn the Chinese are building a large casino and apartments. The Mekong tides are much lower these days, due to 3 large dams in China redirecting the water for their own use. 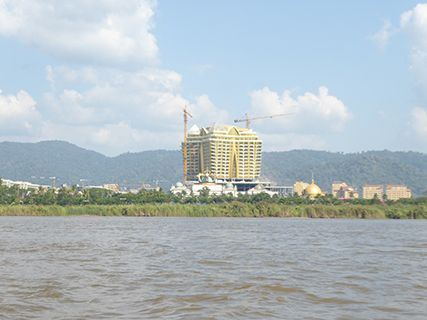 The Golden Triangle gained notoriety in the 1920s as one of the world's most prolific opium producers, until it was eclipsed by Afghanistan. In an effort to stamp out the drug trade, the Thai government made poppy-growing illegal in 1959 and King Bhumibol (whose life we covered in an earlier blog), was instrumental in crop-substitution programmes for farmers - known as Royal Projects he helped fund the development of the most suitable coffee and strawberries. Today the Opium Museum all that remains, however opium poppies still grown in Burma and probably Laos.

I still recall the sweet juicy strawberries I ate here in 1985 - so big we bought them in egg cartons. 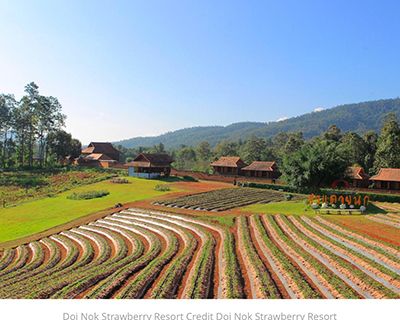 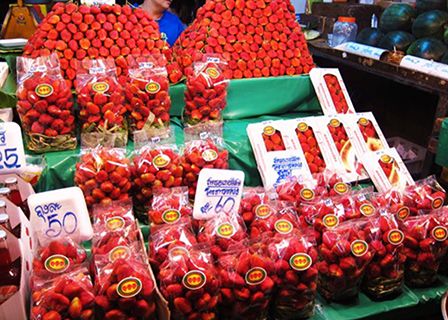 The Queen Mother, through yet another Royal project, funded the botanical gardens, beautifully manicured flower beds of impatiens, begonias and orchids, thriving in the cool moist climate. 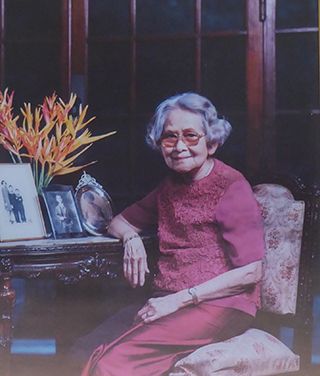 Queen Mother and below the Botanical Gardens she funded. 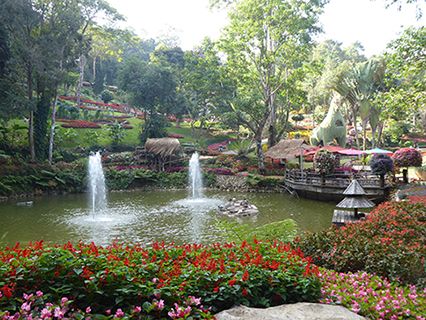 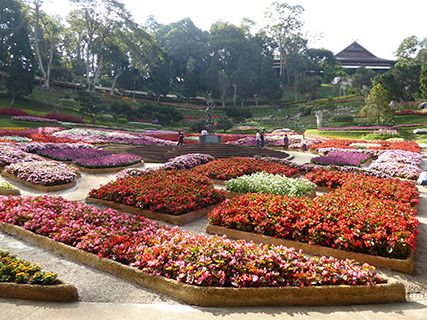 Sadly I read in the Lonely Planet guide that Methamphetamine trade is taking over, however the strawberries just as tasty, the coffee excellent - assisted by Royal funding along with entrance fees from the botanical gardens. It seems many people continue to have a better life. 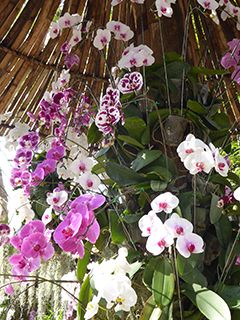 Today we meet Jane in Thailand to learn more about the handicrafts of Chiang Mai.