On Anne's behalf I must welcome another new subscriber to the blog. J of C.D. has joined us and I do hope she likes Delft Pottery because today I am going to showcase this wonderful ware in all its grandeur.

Delft is also known for Delft porcelain called Delft Blue (Delfts Blauw), traditionally created with blue decoration on a white background styled on the Chinese porcelain of the Ming and Kang Hsi dynasties.

Porcelain was a material unknown in the Netherlands, and so the potters attempted to imitate the Oriental products as well as they could using local clay.
De Porceleyne Fles (The Porcelain Jar) was founded in 1653.

De Koninklijke Porceleyne Fles (or Royal Delft) is the only remaining Delftware manufacturer from the 17th century who also manufacture Polychrome, a multi-coloured decoration technique using the colours yellow, green, blue and red, colours originally used in the Mediterranean with all items still being hand painted.

In 1876 Joost Thooft, a Delft engineer, bought the factory with the intention of restoring the old tradition of producing hand painted Delft Blue. Knowing that people had no more confidence in the older, fragile earthenware, he realised that he would rigorously have to change the technique. Together with Abel Labouchere, he succeeded in finding a mixture of clay that resembled the stronger, white English earthenware. From then on, they produced a product that obtained worldwide fame.

Joost Thooft added to the trademark his monogram JT and the word Delft.
As a token of appreciation for the attempts the company had been making since 1876 to restore the fame of Delft and the ceramics industry in general, the predicate Royal was granted to The Porceleyne Fles in 1919. 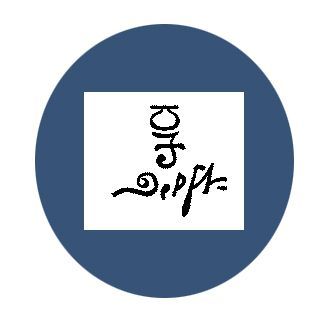 Royal Delft has also captured many historical moments, commemorating important events depicting man walking on the moon, the birth of Princess Beatrix in 1938, Coronation of Queen Beatrix in 1980, a portrait of her Mother, Queen Juliana c.1980 and more recently a visit of President Obama and some fashion pieces.

For those interested in more detail relating to the method of production of Royal Delft porcelain, please access the link below.

Jane and I have a connection with this type of pottery, we grew up with flowers in Delft vases and Delft blue plates adorning the walls…you could say it is in our Dutch genes. Therefore, it is no wonder I love wandering around Delft and seeing the Delft Blauw theme woven into the fabric of the town. A few photos c.2014 below. If you are ever in the Netherlands, I encourage you to visit Delft, but don’t forget where you parked your bike!