I have to welcome another subscriber to the blog. E of Sandringham is a writer so I am hoping that she will provide us with some prose that I can match to some art works.

But it is also time again to catch up on some mail from the subscribers as the post has been running hot. First N of Wheelers Hill who is travelling in Europe sent in this photo of the giant chair in Geneva across the road from the Palace of Nations. 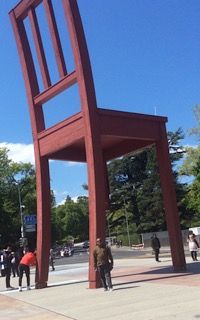 Broken Chair is a monumental sculpture in wood by the Swiss artist Daniel Berset and was constructed by the carpenter Louis Genève. It is constructed of 5.5 tons of wood and is 12 metres (39 feet) high.

It depicts a giant chair with a broken leg symbolising opposition to land mines and cluster bombs, and acts as a reminder to politicians and others visiting Geneva. This view shows the broken leg. 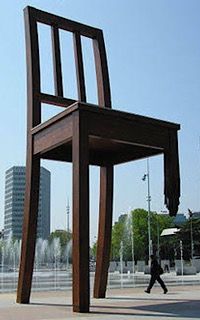 D of Bendigo has sent in an article and photographs depicting the works of Bendigo chainsaw artist Linton Torr. 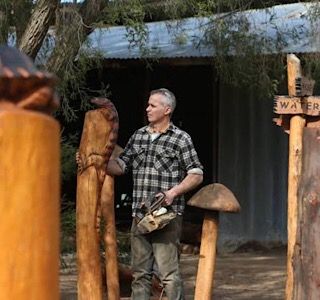 Visitors to Kennington Reservoir (Bendigo) might have recently spotted some wooden wildlife perched atop posts. The carvings are part of the City of Greater Bendigo's projects to install new fencing at the reserve and provide public art. Bendigo artist Linton Torr carved the creatures from the timber of trees felled by the council.He said he was given the brief to create pieces depicting local native fauna.The council's manager of parks and open spaces Paul Gangell said retaining high-value timber in fencing and artwork was an aim, with most ironbark and grey box.
"Given the natural environment ... we're trying to ignite more passion and interesting in residents walking around the reservoir," Mr Gangell said, adding he hoped similar projects would roll out in other reserves.Mr Gangell also said the the new one fence would not hinder the movement of turtles , as the old one had. Mr Torr has been creating bush furniture for about four years and only moved into wood carvings about two to three years ago. 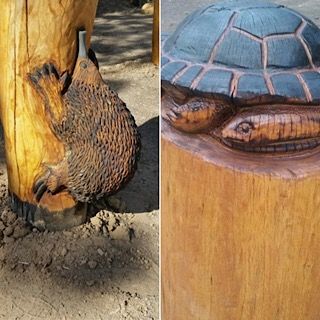 D of Bendigo also sent in this remarkable example of a Lego model of the Palace of Westminster. The model which started off being just of Big Ben took 9 months to construct using 37,000 pieces. It was built by Gary Piggott and his son. 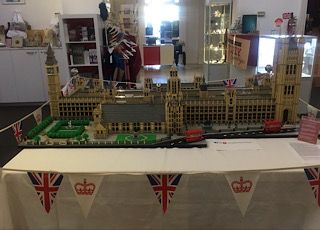 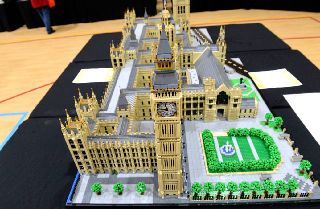 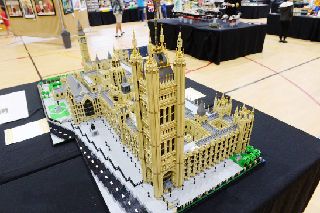 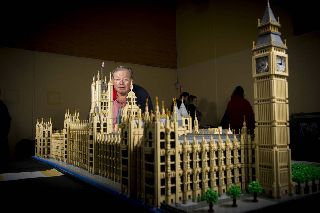 I continue to be amazed at the delicacy achieved by the Chainsaw Artists and the incredible dexterity and perseverance of the Lego Artists. As my family have forbidden me to have a chainsaw I will have to take up Lego!!

Postscript
I continue to find family members of the Patience Lovell Wright artistic dynasty so tomorrow you will meet another member: this one was an Artic Explorer and draftsman/artist and he recorded much of what he was seeing for the first time.

John Hoppner (1758–1810) English portrait painter -brilliant colourist. Influenced by Sir Joshua Reynolds. Hoppner is most famous for his portraits of women and children.