Following on from Jane's wonderful blogs on contemporary artists Jack Vettriano, Fabian Perez and Christian Hook I thought it would be intersting to look at the artists Christy Kuesel from Artsy considers will be trailblazers in 2020 as they have Major Museum Shows.

Of course, the artists aren't all alive. I'm not sure if that is sad or not: to have your first major show more than 300 years after your death is certainly a compliment but a pity you can't be around to enjoy the attention! Better later than never I suppose!!

Christy Kuesel tells us:
In 2020, major art museums are recognizing the role of women in art history more than ever before through exhibitions ranging from a Renaissance master’s first major show to an examination of a sprawling Tuscan sculpture park. At the same time, institutions are still making room to showcase the best up-and-coming photographers, conceptual artists, and filmmakers, while celebrating the long careers of revered modern and contemporary artists, from Donald Judd to Jasper Johns.

The Renaissance master referred to by Kuesel as having her first major show is Artemisia Gentileschi, the world’s best known female Renaissance painter thanks to feminist scholarship in the 1970s and ’80s.

Jane wrote a blog on Artemisia Gentileschi back in August 2019 which I highly recommend you reread. At the end of her blog Jane mentions the forthcoming exhibition of Gentileschi's works at the National Gallery in London- 4 April – 26 July 2020 if you just happen to be in the UK at this time.

Recently, Gentileschi's work has achieved new resonance due to the #MeToo movement and a reassessment of female artists’ roles in art history. For many years, Gentileschi’s depictions of strong heroines and acts of vengeance, like in her seminal work Judith Slaying Holofernes (See Jane's blog) (ca. 1620), were considered reactions to her own sexual assault. However, recent scholarship has portrayed her as not a victim, but as a genius in her own right. The National Gallery of London’s landmark Gentileschi show follows the museum’s 2018 acquisition of her work Self-portrait as Saint Catherine of Alexandria (1615–17), as well as growth in the artist’s market. The exhibition will display around 35 works from public and private collections. (artsy.net) 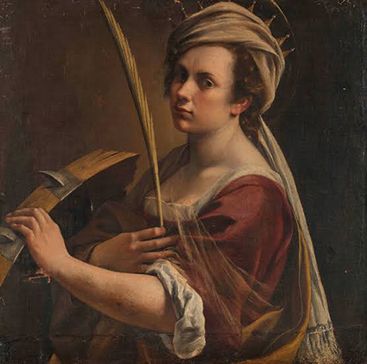 Self Portrait as Saint Catherine of Alexandria (en.wikipedia,org)

And from Renaissance Art to Minimalism which another of Christy Kuesel's trailblazers helped to pioneer: Donald Judd (1928- 1994) 1928

*In his work, Judd sought autonomy and clarity for the constructed object and the space created by it, ultimately achieving a rigorously democratic presentation without compositional hierarchy. It created an outpouring of seemingly effervescent works that defied the term "minimalism". Nevertheless, he is generally considered the leading international exponent of "minimalism," and its most important theoretician through such seminal writings as "Specific Objects" (1964). Judd voices his unorthodox perception of minimalism in Arts Yearbook 8, where he asserts; "The new three dimensional work doesn't constitute a movement, school, or style. The common aspects are too general and too little common to define a movement. The differences are greater than the similarities" Through his work Judd shines light on the profound effect on new three dimensional by specificity and generality.(en.wikipedia.org)

MoMA’s full-career retrospective will feature more than just sculpture, incorporating paintings, drawings, and rarely seen works, as well. This will be Judd’s first solo museum exhibition in the U.S. in over 30 years. (artsy.net) 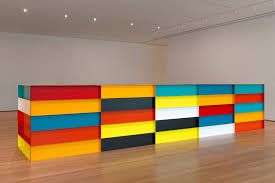 Finally, my short preview of this list of trailblazers is to introduce you to
South African photographer Zanele Muholi who:

garnered widespread acclaim for their moving portraits of the LGBTQ+ community; the artist sought to portray their subjects not as victims of circumstance, but as multifaceted, confident individuals. In recent years, they have been recognized for their self-portraiture, as in Ntozakhe II, Parktown (2016), a black-and-white shot of the artist looking into the distance. Billed as Muholi’s first major mid-career survey, the Tate show will focus on both the artist’s self-portraits and photographs of others. (artsy.net) 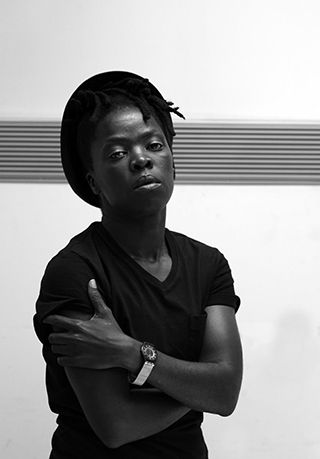 Self portrait of Zanele Muholi. Courtesy of the artist and Stevenson Gallery, Cape Town. (artsy.net) 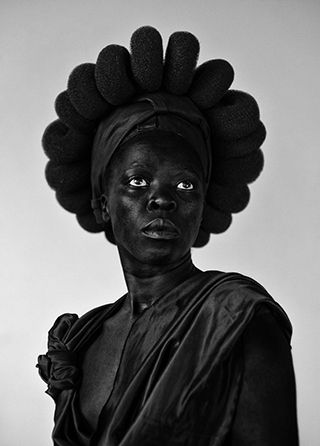 The exhibition of Zanele Muholi's works is to be held in London at the Tate Modern from 29 April to 18 October 2020. Fortunately for me I will be in London during this time so will definitely be attending and reporting back to you.

Follow this link to the interactive site where you can view a slide show of works compiled by Christy Kuesel of 20 Trailblazing Artists with Major Museum Shows in 2020.

Remembering Winnie the Pooh, the creation of A A Milne and drawn by E H Shepherd.