This week it is very apparent that many of the blog subscribers move about all over the planet and isn't that the nature of modern life.

We have been on tour with Jane who was last heard of heading for Tibet and looking forward very much to flying over the Himalayas. I will be bringing you more photos from her travels very soon.

Below is a painting of the Himalayas by Nicholas Roerich, an artist I will be introducing you to along the way. 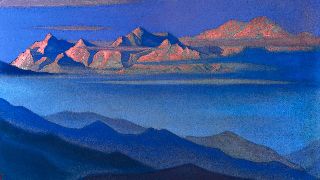 As coincidence would have it once more, Jane has just flown over the Himalayas and at the same time K of Hong Kong posted this incredible photo from his Airbus with the Himalayas in the distance. 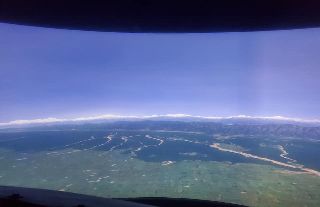 I wish he wouldn't take photos whilst flying- he is meant to be hanging on to the joy stick!!

E in Florence has sent these images from an exhibition Beyond Performance – Rede Social currently on show at the Palazzo Strozzi, Florence. 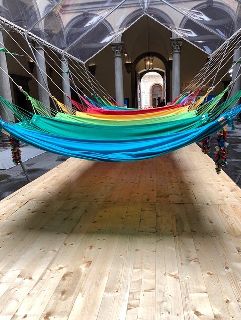 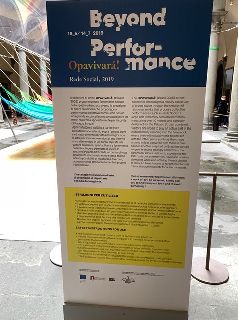 The Opavivará! (Brasil 2005) artists’ collective encourages a heavily social use of urban space through the creation of relational works that propose collective performances such as Rede Social: a large and extremely colourful hammock measuring over 10 metres and specially designed for the Palazzo Strozzi courtyard.
Visitors are urged to play an active part in the installation by climbing into the hammock, where they will naturally tend to interact with the other participants as they move around in it or converse with them in one spot or another. Inspired by Brasilian culture – open, free and strongly collective – the hammock allows visitors to experience the Palazzo from an extremely novel and unusual viewpoint while also offering them a chance to relax, to have fun and to forget their formal role and place in society for a few moments. (palazzostrozzi.org)

E has shown us some detail in this photo. 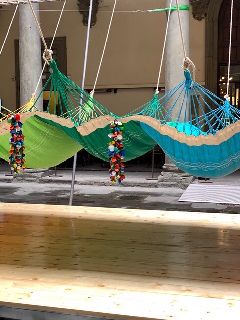 Founded in Rio de Janeiro in 2005, OPAVIVARÁ! is a collective of artists, all four anonymous members of which received BFA degrees from the Parque Lage School of Visual Arts, Rio de Janeiro. Its practice, which incorporates installation, performance, publishing, sound, and video, involves the creation of participatory situations through interactive and ephemeral public interventions. While humorous and playful, these projects also comment on Brazil’s political corruption and economic disparity. (guggenheim.org)

As E commented: I just loved the juxtaposition of the bright modern performance art with the old world solid religious history of the city.

Here is Melbourne the juxtapostion of the ancient with the new is being displayed in the Melbourne Winter Masterpieces: Terracotta Warriors | Cai Guo-Qiang exhibition at the National Gallery Victoria, 24 May 2019 – 13 October 2019.

Trevor of Canberra is off to Canada very soon and hopefully will remember us and send some photos.

And A&R of Wheelers Hill are moving house and will become next week A&R of Oakleigh. Rumour has it they are moving because Oakleigh boasts the best Mediterranean food in the world! My Greek friends assure me however that my Spanakopita would pass with flying colours. 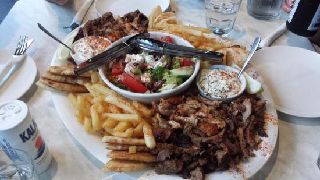 Every landscape painter knows that the sky illuminates the scene. Think of it as a household lamp. The sun represents a warm light bulb, the ozone a blue lampshade surrounding the light bulb and clouds a decorative pattern suspended upon the lampshade. (Artistsnetwork)