I've had more mail to do with fashion and wildlife but I want to slide in the last of the blogs on the artistic dynasty created by the DNA of Patience Lovell Wright and this is to showcase her grandson Henry Parkyns Hoppner who was an officer and explorer in the British Royal Navy and an excellent artist.

Henry Parkyns Hoppner was born in London in 1795 and died at the age of 38 in 1833 in Lison. Hoppner went on four of the British voyages that attempted to find a Northwest Passage between 1818 and 1825, the last time as commander of his own ship, the HMS Fury shown below in a drawing by Captain Hoppner titled Sailing Through Young Ice. 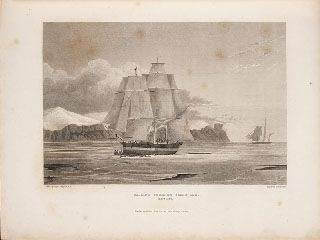 The Fury was one of a class of ships that the British Navy called bomb vessels; they were very broad and strong and were designed to inflict heavy mortar attacks on land-based fortifications. Bomb vessels were given fiery names, such as Erebus, Terror, Hecla, Vesuvius, as well as Fury. Since they were so robustly built, bomb vessels became the natural choice when the British ventured into ice-filled Arctic waters in 1818. On William Parry’s third voyage to the Arctic, 1824-5, Parry commanded the Hecla and Hoppner the Fury. The made it partway through the Arctic archipelago but were beset by ice in a place called Prince Regent inlet. The Fury, unusually for a bomb vessel, succumbed to the crush of the ice floes and had to be abandoned on Somerset Island, at a place known, ever since, as Fury Beach. All of the ship’s stores were unloaded onto the beach, as the Fury’s crew crammed aboard the Hecla, and these tins of meat and biscuits proved to be the salvation for two future Arctic expeditions. (Dr. William B. Ashworth, Jr., Consultant for the History of Science, Linda Hall Library and Associate Professor, Department of History, University of Missouri-Kansas City.)

Hoppner captured the problems being faced by the Hecla and Fury in Sep 1824. 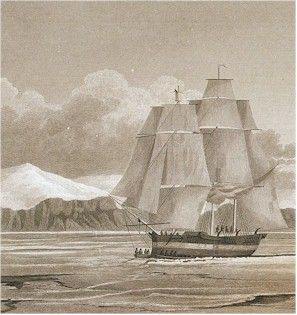 And finally when the Fury had to be abandoned Hoppner once more put pen to paper to record the event on the 25 August 1825 in his sketch titled Situation of H.M.Ship Fury. 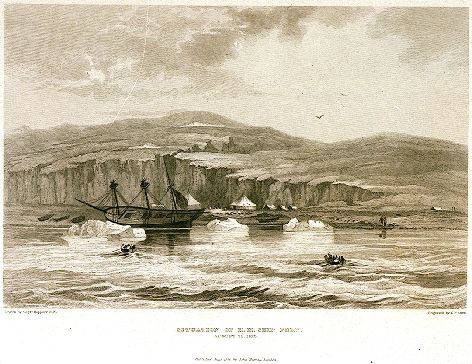 I don't know if Henry Parkyn Hoppner was a good sailor or commander but I do know he was a remarkable artist and must have been the first to record many of these scenes. Below is an engraving of Burnet Inlet, Barrow's Strait done by N. Westall from a sketch by Hoppner. Burnett Inlet is a body of water in the Qikiqtaaluk Region of Nunavut, Canada. 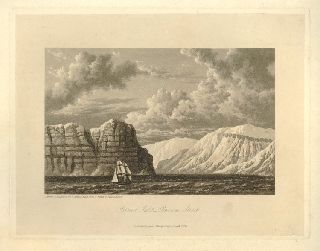 And this is Hoppner's 1818 sketch of a young Inuit woman titled Kellie, a Woman of Greenland 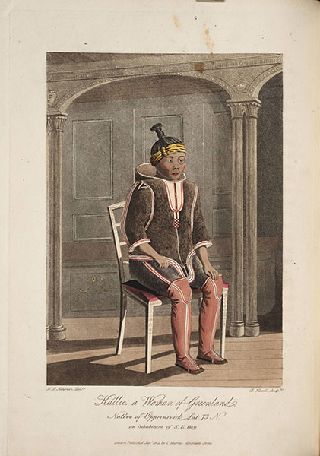 Henry Parkyns Hoppner contributed sketches to several of the narratives by William Parry and John Ross detailing their exploration of the North-West Passage. I'm sorry to say I couldn't locate any images to show you.

As I sign off from the story that started with Patience Lovell Wright I must tell you that couple of her grandchildren who didn't become famous artist did live remarkable lives. One granddaughter Catherine Hampden Hoppner (1784–1828) became a Magistrate with the East India Company. And another grandson Richard Belgrave Hoppner (1786–1872) became the British Consul General in Venice. Not a bad effort for a woman who started out her life modelling figures in dough for her children. A remarkable story.

Postscript
If you like maritime art you will be pleased to know that very soon I will be bringing you the fantastic paintings done by Robert Carter. But tomorrow, something completely different.